Advice and facts about Pomeranians

The Pomeranian is the smallest member of the Spitz family, this dog may be small but they offer a lot of character and are very bold, their size definitely doesn’t hold them back ( if not sometimes getting them into trouble!) The Pomeranian is a very independent dog yet very loyal to its owner. The pom was named after the region Pomerania in between Germany and Poland where they were advanced.

A few facts you didn’t know about the Pomeranian: 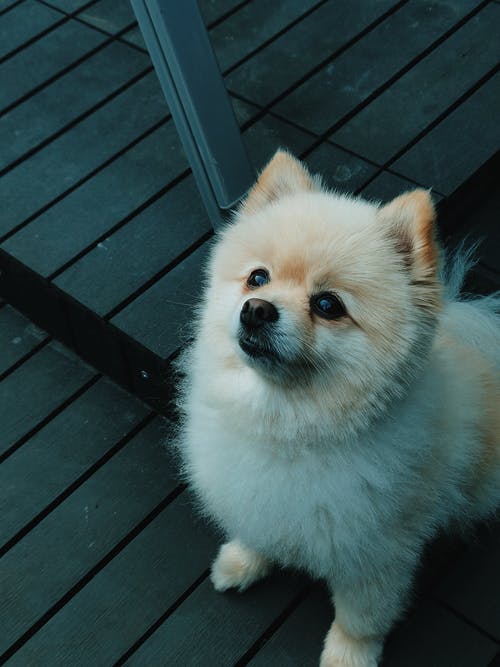 Where to start with this cutie, one thing you certainly notice is their coat, they are known for having a double coat which is very thick, the outer coat is actually quite harsh and flat whereas the undercoat is very soft and silky giving that appearance of a fluff ball, the fur around the neck and chest creates a frill effect enhancing the pom’s proud stand. There is a huge variety of colors the pomeranian comes in.

Pomeranians are known for having a fox-like look in their face, they have oval eyes which are perfectly set apart, their muzzle is chiseled and a nose which is large compared to the size of the poms head. They have short backs and legs which gives them that cobby look. they also have small ears which carry upright.

Pomeranians on average weigh between 1.5-2.7kg  and usually grow to between 7-12 inches tall. The average life span of a pomeranian is 12- 16years.

Each dog will have a different diet but finding the right diet for your dog is important, age and health conditions need to be considered and you need to feed them a complete food that keeps them slim and healthy. If you would like any advice on feeding your dog then its best to discuss it with your veterinarian, they will be able to tell you what the right food you Pomeranian and also how much you should be feeding them.

It’s a good idea to try and find out what your dog does and doesn’t like when it comes to food, obviously depending on your lifestyle and how much time you have depends on what you should also feed you pomeranian, there are four main types of food available ;

Remember when feeding your dog to leave a gap of at least a 30-minute before exercising, as this allows the food to digest, it’s also recommended you split their daily allowance of food over two meals. Dogs love routine so it is important to feed them at the same time every day.

when giving dogs treats its important to make sure they have them in moderation, keeping your dog healthy is very important and overfeeding them can lead to many health problems such as obesity, snack and treats can be very high in calories which can unbalance their diet,

When giving your dog snacks and treats remember to take it into account of their daily amount or reduce their amount of food, treats should not make up any more than 10% of their daily calories intake. 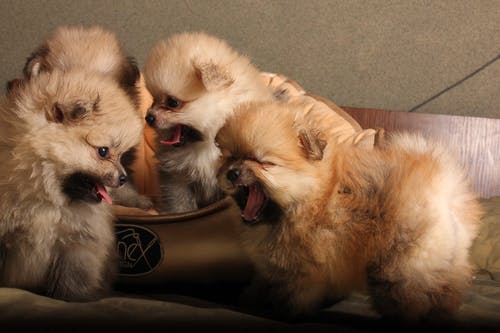 Pomeranians are extremely loyal dogs, they are kind and have plenty of personalities to give, they tend to get very attached to one owner so they are not always the recommend for families or first-time pet owners, they need to be handled by someone who knows this breed, this is because this breed is known for been tiny but believing their bigger than they actually are which can get them in trouble.

Pomeranians need to be well socialised as a puppy but are very quick at learning, they are always wanting to please their owner so will do whatever it takes to impress them.

Be careful of their stubborn side if this isn’t picked up from a puppy you can have behavioral problems such as barking, not corrected from young they can become very yappy. The pomeranian is very intelligent and needs to be mentally stimulated.

The happy go lucky dog has bags of energy and can be very comical, they do like to be center of attention and to require a lot of attention. they adapt well to all living whether it’s in the middle of the country or in a city in an apartment.

The Pomeranian does have a feisty side, again this is due to not realising their size, this needs to be squashed as early as possible and train them from an early age.

Pomeranians still require regular exercise but remember not to overdo it with them as they are very small and can quickly overheat due to their coat. Males tend to shed their coat in the seasons whereas the female sheds when they have litters, season, or stressed. It is recommended you, brush poms, on a regular basis to help reduce shed but also to stop their fur from matting.

When possible try and brush your Pomeranians teeth on a regular basis and start this from a young age, poms are prone to dental problems so you need to regularly check their teeth. 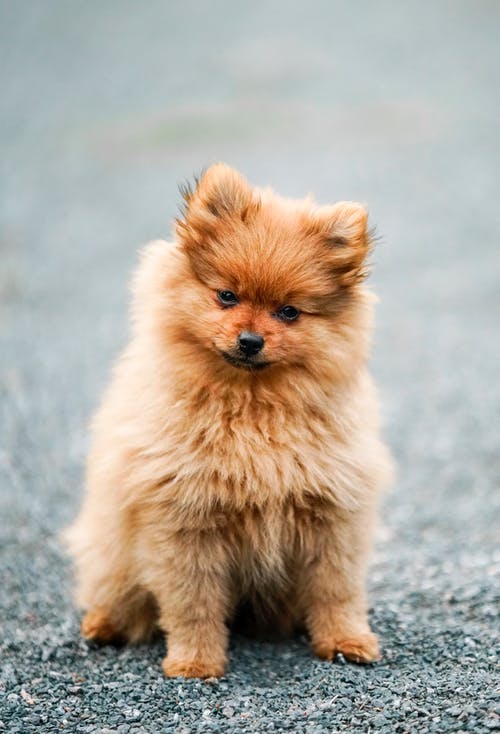 Now that you have all the facts and advice you need to effectively care for your Pomeranian, it’s time to go ahead and enjoy your new companion.

The Pomeranian makes a wonderful companion. By following the right steps, you and your pooch can lead a long, happy life together.